Affordability Percentages Will Decrease for 2018

ACA Overview: What if the Employer Mandate Is repealed?

Pre-existing Conditions Under the ACA

Did you know? Wellness Incentives

Employers that sponsor self-insured group health plans, including health reimbursement arrangements (HRAs) should keep in mind the upcoming July 31, 2017 deadline for paying fees that fund the Patient-Centered Outcomes Research Institute (PCORI). As background, the PCORI was established as part of the Affordable Care Act (ACA) to conduct research to evaluate the effectiveness of medical treatments, procedures and strategies that treat, manage, diagnose or prevent illness or injury. Under the ACA, most employer sponsors and insurers will be required to pay PCORI fees until 2019. 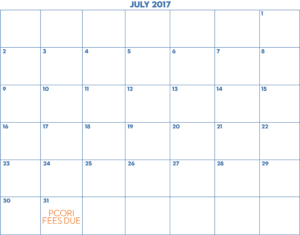 The amount of PCORI fees due by employer sponsors and insurers is based upon the number of covered lives under each “applicable self-insured health plan” and “specified health insurance policy” (as defined by regulations) and the plan or policy year end date.

Note that because the PCORI fee is assessed on the plan sponsor of a self-insured plan, it generally should not be included in the premium equivalent rate that is developed for self-insured plans if the plan includes employee contributions. However, an employer’s payment of PCORI fees is tax deductible as an ordinary and necessary business expense.

Historical Information for Prior Years

Plan sponsors may choose from three methods when determining the average number of lives covered by their plans.

Actual Count method. Plan sponsors may calculate the sum of the lives covered for each day in the plan year and then divide that sum by the number of days in the year.

Affordability Percentages Will Decrease for 2018

On May 5, 2017, the Internal Revenue Service (IRS) issued Revenue Procedure 2017-36 to index the contribution percentages in 2018 for purposes of determining affordability of an employer’s plan under the Affordable Care Act (ACA). For plan years beginning in 2018, employer-sponsored coverage will be considered affordable if the employee’s required contribution for self-only coverage does not exceed:

These updated affordability percentages are effective for taxable years and plan years beginning Jan. 1, 2018. This is the first time since these rules were implemented that the affordability contribution percentages have been reduced. As a result, some employers may need to reduce their employee contributions for 2018 to meet the adjusted percentage.

What if the Employer Mandate Is repealed? 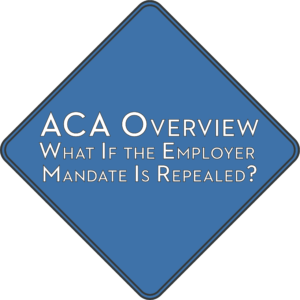 The Affordable Care Act (ACA) requires applicable large employers (ALEs) to offer affordable, minimum value health coverage to their full-time employees in order to avoid possible penalties. Because this employer mandate has been criticized as burdensome for employers and an impediment to business growth, it seems likely that its repeal will be part of any Republican plan to repeal and replace the ACA.

If the employer mandate is repealed, many ALEs will likely want to modify their plan designs to go back to pre-ACA eligibility rules (for example, requiring employees to have a 40-hour per week work schedule to be eligible for benefits). Employers may also consider increasing the amount that employees are required to contribute for group health plan coverage.

When making plan design changes, employers should review their compliance obligations under the Employee Retirement Income Security Act (ERISA) and the ACA mandates that may remain intact.

Pre-existing Conditions Under the ACA

HealthSure will keep you updated with any applicable legislative developments. 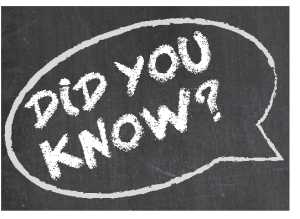 Generally, wellness incentives are subject to the same federal tax rules as any other employee rewards or prizes.

Cash and cash equivalents (for example, a $100 gift card for taking a health risk assessment) are always taxable.

Another taxable example is an employer’s payment of gym or health club membership fees, unless the membership qualifies as medical care.

©2017 Marathas Barrow Weatherhead Lent LLP. All Rights Reserved.
©2017 Zywave, Inc. All rights reserved.
The information provided in this alert is not, is not intended to be, and shall not be construed to be, either the provision of legal advice or an offer to provide legal services, nor does it necessarily reflect the opinions of the HealthSure, our lawyers or our clients. This is not legal advice. No client-lawyer relationship between you and our lawyers is or may be created by your use of this information. Rather, the content is intended as a general overview of the subject matter covered. HealthSure and Marathas Barrow Weatherhead Lent LLP are not obligated to provide updates on the information presented herein. Those reading this alert are encouraged to seek direct counsel on legal questions.